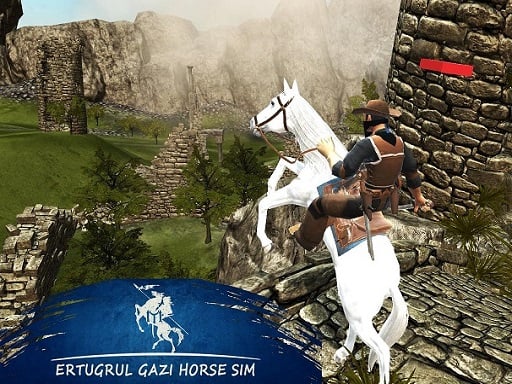 Ertugrul Gazi Horse Sim is based on Turkish historic character Ertugrul Gazi who was the real hero of the Ottomans Empire.  One of the greatest achievements of ertugrul gazi in urdu to defeat Noyan when the Mongol invasion approached. Noyan was one of the greatest and brave Mongol army leaders. The game featured a total of 20 levels in the simulation mode. Perform various tasks within a given period of time. Train your horse, collect food for your tribe and complete some secret missions. Let's join Ertugul ghazi's adventure today!