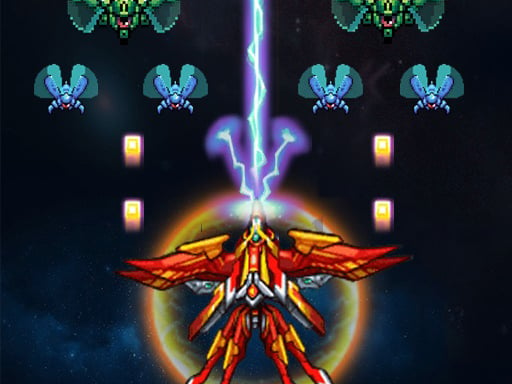 If you are a big fan of arcade shooting game like Chicken Galaxy, Alien Attack,Galaxy Shooter, galaxian and galactica with the new modern combat, and want to bring the freedom in the galaxy games, so Alien Attack: Galaxy Invaders is perfect game for you. With classic free space games genre, old game with a new context, Alien Attack: Galaxy Invaders puts you on fire with infinity space shooting. You will be faced lots of evil enemies and deal with many striker bosses in galaxy wars. Are you sure you will survival in the war of alien shooter?