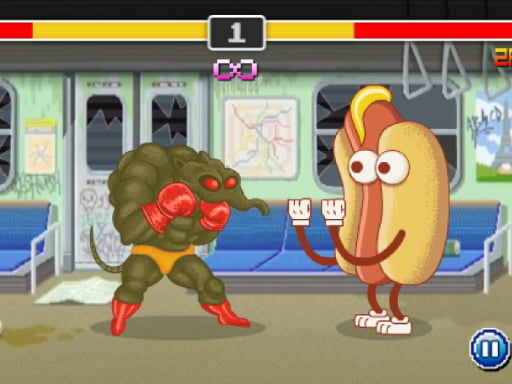 It's possible now to play Gumball: Kebab Fighter in your web browser for free at Superkidgames.com and more fun games. In the Kebab Fighter game, Elmore gets to be the battleground! A brawl has broken out in the local subway, and everyone has gathered to watch the strong Rat fight! He'll have to face a Hot Dog with mustard in his hair! The characters have a hard time staying in place due to the moving subway! You must respond rapidly in order to defeat your opponent! When the fight begins, throw the initial punch and keep them coming until you win! To assault your opponent, simply cl