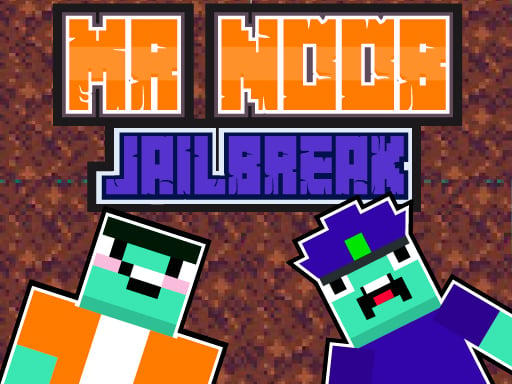 Have fun with this entertaining new game Mr noob Jailbreak try to escape from the prison guards and go as far as possible with the best score, jump, slide and shoot the enemy guards and weapons !! You can play it for free on kiz10 and enjoy many other new games. A brave little noob decided to escape from prison, run through the roofs of the buildings and try to get as far as possible, but he ran into many guards and potential enemies that will eliminate you if you don't react quickly. Control the movements of the little noob to go far with the best score jump, shoot use the slowmotion to