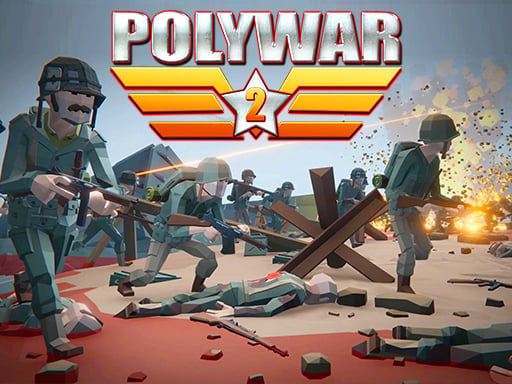 Polywar 2 is the intense warfare shooting game in which you are dropped straight into the madness of world war 2. You control a member of the allied forces and you trying to liberate the land of all of the Nazi’s that have invaded it. Pick up your weapon and take to the battlefield trying to defeat as many Nazis as you can. Jump behind the controls of an earth moving battle tank to cause some real destruction. You must complete each mission that you have been set by your commander and save the day. Good luck Soldier!